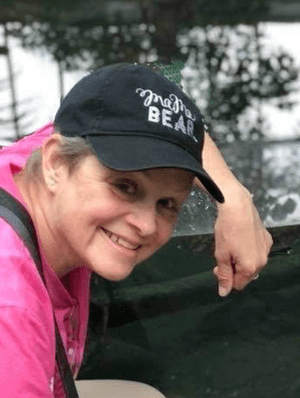 Walt is a new board member at Cancer Legal Care, and he is graciously allowing us to share his story.

"It's one thing to read the numbers in a financial report—'Cancer Legal Care has saved their clients over x dollars in the past years'—but I would like to tell a story that is behind those numbers and what it means to me personally.

My wife, Sue, fought breast cancer for over 22 years. During one of her chemotherapy treatments at the cancer center, a social worker said to us, 'If you ever need legal help, there's this organization called Cancer Legal Care.' I remember thinking to myself, 'Okay, well, why would I ever need legal help?' It was a seemingly random comment that would come to have a huge impact on my life.

At the time, I worked for a medium-sized company. They struggled every year to find affordable health care for their employees, and the year 2019 was no exception. Because of cost issues, they once again switched insurance carriers to another high-deductible policy. Sue and I took our health care decisions very seriously—we had to. I would attend the HR meetings, take notes and pay careful attention to their presentations. The insurance rep would always stress the need to stay in-network: 'Now, if you have a specific doctor that you want to see, make sure you pick the plan that has your doctor in it.'

The one doctor we cared most about was Sue's oncologist. We were always careful to choose a plan that included her. Sue’s oncologist practiced out of two hospitals, one of which was the hospital we were then going to and had been for years. So, of course, that was the one we continued to go to. Sue was comfortable there. It was familiar. We knew the nurses and staff. We knew the routine. And most importantly, we knew that her doctor was in-network.

About this same time, we had an appointment with her doctor. Cancer is so insidious. Over the years her cancer had evolved to the point where her treatment was no longer working. Sue’s oncologist told us, 'Look, we could try this or that treatment but in all honesty, I don't think they will do any good.' So, after 22 years of fighting, Sue just said, 'I’m done.'

We entered into hospice. The hospice team was amazing, a dedicated and caring team of professionals. During the initial home visit, I specifically asked one of the team members, 'Are we okay with insurance?' I was told, 'Yeah, you're good.' I'm not sure, but I don't believe they ever checked. I think they must have assumed that because they were connected to the hospital, and the hospital was in-network, everything was fine. But, as I found out later, everything was not fine.

With the help of the hospice team, we were able to keep Sue at home for her entire time in hospice. Our three kids and their spouses, along with our three grandkids, moved into our home. It was like an extended sleepover. Sue loved it and I know it meant the world to her to have them there. It wasn't easy, but we were able to fulfill one of Sue's last wishes, which was for her to stay at home until the end. And we did.

Around this time, I started receiving EOBs (explanation of benefits). Many of them were like a dictionary, thick and heavy, and they just kept piling up. On the front page in bold letters was written: 'This is not a bill.'

The EOBs kept coming until I finally received my first bill. I remember looking at the total amount owed and I thought my head was going to explode. I don't recall how much it was, but the amount was horrendous. I couldn't believe what I was reading. I had no idea that anything like this was happening and I had no clue what to do about it. I tried to call people that I thought might be able to help me. I called the hospital’s billing department, and the health insurer. I believe most of the people I talked to wanted to help, but no one seemed to know what to do. The bills kept coming and they eventually totaled over $130,000.

For some reason, I remembered the social worker's comment at the cancer center and thought, 'Oh yeah. Legal help! Cancer Legal Care!' So I called them. I worked mainly with Bill. I was one of his first clients. He was such a calming person. He explained the parts of the policy that were the problem, and why this was happening. I am so glad there are people in the world like Bill who can take a 100-page benefits document and not only read it but understand what it is trying to tell you. After some contact with the insurer, Bill suggested I try my employer to see if they, as the insurer’s customer, might have some influence.

There were many sleepless nights. But within a month, we got a response back from the insurance carrier that everything was forgiven. Everything!

I cried when I heard the news. It was a life-changing moment.

I can only imagine what my life would be like right now if that had not happened.

And that was the end of it. It was over. Cancer Legal Care changes lives. They certainly changed mine. I am now a volunteer on the board of directors, and I hope that in some small way I can be of help to Cancer Legal Care the way they were for me.

Please consider donating to support our work, and more people like Walt & Sue.